8 Devon Castles You Need to Visit

The historical past of Great Britain is rich and full of great battles, grand fortifications and rich intrigue.  If there is a way to bring history to life for you and your children, then visiting a grandiose castle is definitely it.  Nothing allows you to visualise the life and times of the past like actually standing in the shadow of these magnificent buildings.

Devon has a rich heritage, and with its picturesque setting and beautiful walks, a trip to a Devon castle can be combined with learning about the families and famous battles that happened right here on our doorstep in years gone by, providing great exercise exploring old ruins, chasing ghosts, or simply enjoying a cream tea with a stunning view.

So without further ado, here is our pick of eight Devon castles you need to visit...

Castle Drogo
The last castle to be built in England, Castle Drogo was completed in 1930, but features medieval and Tudor styling.  Sitting on the edge of Dartmoor, the castle has stunning views and particularly fine formal gardens.

Okehampton Castle
Built between 1068 and 1086 following a revolt against Norman rule, Okehampton is a motte and bailey castle from medieval times, with a rich history and intrigue spanning well into the War of the Roses, and beyond.  Rumours abound that the castle is haunted by the murderous Lady Howard, tasked to travel to the castle nightly and pluck a blade of grass from the hillside.

Berry Pomeroy Castle
Unusual, in that it is a Tudor mansion set within the walls of an earlier castle.  Reputed to be one of the most haunted castles in Britain and with a history spanning back to its mention in the Doomsday book.  The castle is approached by a picturesque wooded drive and has spectacular views of the South Devon countryside.

Watermouth Castle
A Georgian castle overlooking the inlet of Watermouth near Ilfacombe, a trip to this castle can be combined with the scenic views of the coast.  The castle houses a collection of Victorian antiques and a family theme park.

Dartmouth Castle
One of a pair of forts that guard the mouth of the Dart Estuary.  The guntower is the oldest surviving example on the English coast.  This castle makes for some stunning photographs as it is so close to the waters edge and situated in the beautiful English Riviera to boot.

Powderham Castle
A medieval castle that was not really a true castle – that is to say it was not originally built with a keep and moat.  Powderham Castle has been added to over the years and has a rich and intriguing story.  Its gardens and interior are particularly beautiful and have been sympathetically cared for over the years.

Rougement Castle
Otherwise known as Exeter Castle, it was built into the northern corner of the city following Exeter’s rebellion against William the Conqueror.  The castle is mentioned in Shakespeare’s play Richard III and housed Devon’s County Court for many years.  In fact the last four women in England to be executed for witchcraft were once tried here.

Hemyock Castle
Ruins dating back to the 14th century form fragments, today surrounding an 18th century house built within the site.  Torn down after its use in the Civil War, the sad history of this castle is sure to capture the imagination and heart.

We hope that you find the time to visit some of the inspiring castles that Devon has to offer, and these are by no means all of them!  With plenty to explore, these castles make an inspiring view to enjoy a picnic, or maybe even a traditional Devon Cream Tea? 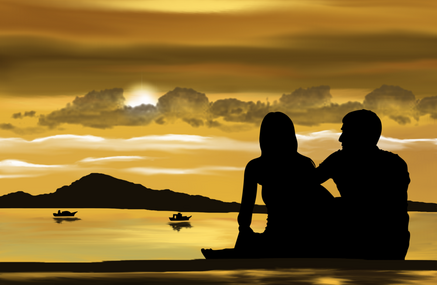 Romantic Days Out In DevonMonday, 3rd of February 2014

Devon is our favourite place to be, no matter the time of year.  But particularly at Valentine's Day, we find that Devon is a great place to spend time together as a couple.  The relaxed atmosphere and beautiful scenery make for an enchanting and intimate 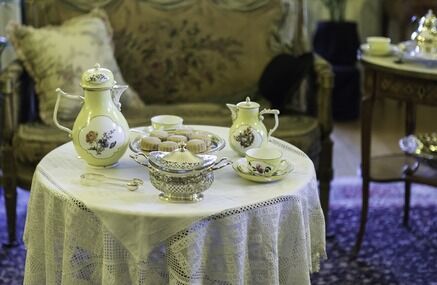 Here in Britain we've always been famous for our love of a good cuppa.  But, have you noticed that this trait has gone rather upmarket of late? We're certainly not complaining!  But once we may have expected to be asked if we took sugar in our tea, these 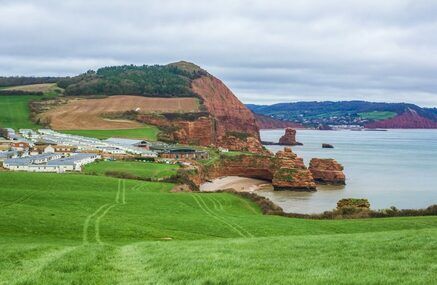